Russell G. Jones is an AUDELCO, OBIE, and SAG Award-winning actor and Tv personality who is best known for starring on ‘Tommy’ which premiered on Feb 6, 2020, on CBS.

He is a New York City based multi-disciplined theater artist whos credits include originating roles in Ruined, Father Comes Home from the Wars (Parts 1, 2 and 3), King Liz, In Arabia We’d All Be Kings and Our Lady of 121st Street.

Russell’s television credits include Orange Is the New Black, Bull, The Last OG, Godless, and The Americans. His film credits include Motherless Brooklyn, Side Effects, Detroit, Robert Patton Spruill’s Squeeze and Traffic.

Since 1995, he has worn several hats as an actor, director, producer, facilitator, writer, moderator, and teacher as a member of the Labyrinth Theater Co. For more than two decades, he worked as a teaching artist creating programming, workshops, and curriculum for Artsgenesis, Developing Artist Theater Company, the ABC+ Program, the National Black Theater, Community Word Project, and a variety of regional theatre programs.

Jones currently serves on the artistic advisory board at HB Studio, the Artistic Advisory Council at Developing Artists, and on the board of directors at Ensemble Studio Theater. 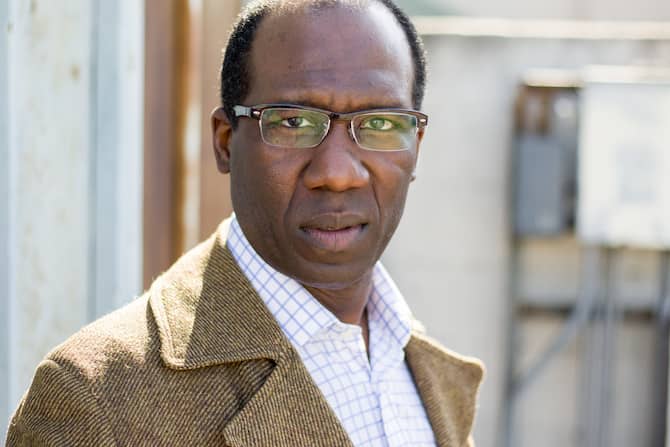 Russell is the founder and Chief of Pedagogy at “Blind Spot Experience,” a campaign that facilitates cross-cultural dialogue and critical thinking by providing context and tools for perceiving racial inequity.

Jones loves reading, yoga, and hosting events. He is passionate about various charities, including Doctors Without Borders, Mercy Ships, and Infinite Family.

Jones’ age is not known. He celebrates his birthday on May 1 but has not revealed the year he was born. He is originally from Shaker Heights, Ohio, United States.

Jones is a married man. His wife is a deputy director at the non-profit North Star Fund, and Jones finds grassroots organizations to support through their grantees. The family resides in Washington Heights, NY.

Jones’ net worth is currently under review. However, the information will be updated soon.

Russell is one of the cast members of Tommy playing a role as Donn Cooper. The show stars Edie Falco as Abigail “Tommy” Thomas, a former high-ranking NYPD officer who becomes the first female chief of Police for Los Angeles.