Tom Skilling is an American chief meteorologist, appears weekdays on WGN Evening News from 5-7 pm, WGN News at Nine, and WGN News at Ten. He has been working at WGN-TV for the last 40 years, he celebrated his 40th anniversary with WGN-TV in August 2018.

Beginning his successful career at the unheard-of age of 14, He was hired by WKKD in Aurora, IL while attending West Aurora High School. He joined WLXT-TV three years later while going to school during the day.

In 1970, He moved to Madison, WI to study meteorology and journalism at the University of Wisconsin-Madison, while continuing to work in radio and television. His first television job was at age 18 in Aurora, IL, at WLXT-Channel 60. Then on to WKOW-TV (ABC affiliate) and WTSO radio in Madison, WI before going to work for WITI-TV, Milwaukee from 1975-1978, where he was rated the city’s #1 meteorologist.

He has been working at WGN-TV since joining on August 13, 1978. Since then, he has established himself as a respected meteorologist both locally and nationally, known for his in-depth reports, enthusiasm, and use of state-of-the-art technology. Skilling was the chief meteorologist on WGN Midday News and also newscasts For over 30 years. He has been awarded three honorary doctorates from Lewis University, St. Mary’s of Minnesota, and Aurora University.

Tom helped coordinate the Tribune Weather Center, which combines the meteorology resources and expertise of WGN-TV, CLTV, and the Chicago Tribune in one location in early 2004. He has been a driving force behind the Chicago Tribune’s weather page. Another element in the column is “Ask Tom Why,” in which Tom takes viewers’ questions and answers the “why” behind the weather since 1997. In October 2008, Tom and the Weather Center began providing weather reports to WGN Radio. Tom has as well received an immense response for the WGNtv.com weather blog.

Skilling works at WGN-TV where he works alongside other famous WGN-TV anchors, reporters, meteorologists, and sports anchors including; 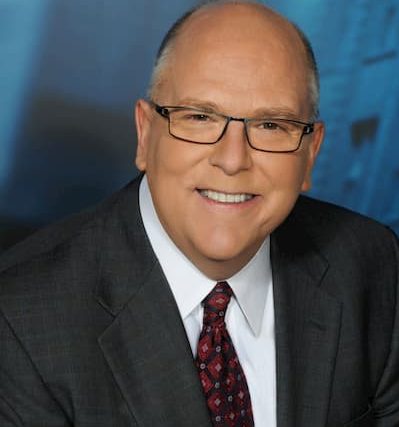 Skilling stands at a height of approximately 5 feet 8 inches.

Skilling was born to Betty (néeClarke) and Thomas Ethelbert Skilling, Jr. as the firstborn of four children. His father was a sales manager for an Illinois valve company. His Younger brother is discredited by former Enron CEO, Jeff Skilling.

Skilling is very private about his personal life therefore it is not known if he is in any relationship. There are also no rumors of him being in any past relationship with anyone.

Information about Tom being gay will be updated soon.

Skilling has an estimated net worth ranging between $1 million- $ 5 Million which he has earned through being a chief meteorologist.

WGN meteorologist announced Saturday he was to step away from the weather center for several weeks to undergo gastric bypass surgery. Gastric bypass surgery is a procedure to help with weight loss. He added in his post that he’s been preparing for the surgery for the past six months.

The table below answers some of the frequently asked questions about Skilling.