In 1986, Jones graduated from Jackson Central-Merry High School, a public high school in his hometown. He received his Bachelor of Science in Communications and Political Science from the University of Tennessee at Martin. Jones helped start and direct a range of independent, campus-based publications at UT Martin. In 1992, he was among many law students chosen by the Lawyers’ Committee for Human Rights to witness the demonstrations sparked by the Rodney King verdict.

Jones and others were arrested after the demonstrations, but later the district attorney dropped the charges against Jones. Later, he said the trial deepened his disaffection with the establishment and intensified his political radicalisation. Jones was profoundly touched by the prosecution and decision. In a 2005 interview, Jones said that he was “a rowdy nationalist on April 28th” before the King’s verdict was announced, but that he had become a communist by August 1992.

He has hosted CNN’s The Van Jones Show, The Salvation Mission with Van Jones, and The Chaotic Facts with Van Jones. Jones is also the co-creator of the Emmy Award-winning augmented reality film, The Chaotic Truth VR Experience. Jones is the CEO of Change Alliance, which was launched in January 2019. The goal of the REFORM Coalition is to drastically decrease the number of individuals who are unjustly under the jurisdiction of the criminal justice system—starting with probation and probation.

Jones has been a voice in the struggle for criminal justice reform for more than 25 years. He founded and managed a variety of active social enterprises, including the Ella Baker Center for Human Rights, Colour of Progress, and the Dream Corps—a social justice accelerator located in #YesWeCode, #GreenForAll, and #cut50, which recently led the prosecution to pass the FIRST Move Act. 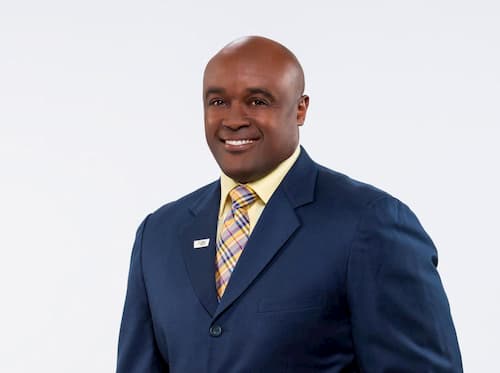 Jones is a Yale-educated lawyer and author of three New York Times best-selling books, Beyond the Chaotic Facts (2017), The Green Collar Economy (2008) and Rebuild the Dream (2012), on his path as an environmental and human rights activist to become a White House policy adviser. He was the chief sponsor of the Green Employment Act.

The Green Jobs Act, signed by George W. Bush in 2007, was the first piece of federal legislation to codify the word “green jobs.” Under the Obama presidency, the statute resulted in $500 million in national support for green jobs training.

In 2009, Jones served as President Barack Obama’s Green Employment adviser. In this role, he helped lead the inter-agency process that oversaw a multi-billion dollar investment in skills training and career creation in the environmental and renewable energy sectors. He was also awarded with several honors and appeared on a variety of high-profile awards including: the Emmy Award; the World Economic Forum’s “Young Global Leaders;” Rolling Stone’s “12 Leaders Who Get Stuff Done;” TIME’s 2009 “100 Most Influential People in the World;” the NAACP President’s Award, and The Root 100.”

Jones is 52 years old as of 2020. He was born on 20 September 1968 in Jackson, Tennessee, United States. He celebrates his birthday on the 20th of September every year.

Jones and his twin sister Angela were born to high school teacher Loretta Jean (née Kirkendoll) and high school principal Willie Anthony Jones. His sister said that as a child, he was “the stereotypical geek—he just kind of lived up in his head a lot” Jones said he was “bookish and bizarre” as a child. His grandfather was a pioneer of the Christian Methodist Episcopal Church, and he was often accompanied by Jones to religious conferences. He’d sit all day listening to the adults “in these hot, sweaty black churches”

Jones was married to Jana Carter. The couple has two children; Mattai Jones and Cabral Jones. They married in 2005 and divorced in 2019.

Jones has an estimated net worth of $5 Million which he has earned through being a journalist.