Joseph attended Lyndon State College where he graduated with a Bachelor of Science in 2000. In 1998, Joseph had his first on-air experience when he anchored and forecasted the weather on LSC-TV. When he looks back, Joseph laughs at his green performance but cherishes the experience Lyndon was able to give him before getting a degree.

You can find him every weekday on Action News at 10pm on PHL-17 and Action News at 4pm, 5:30pm. Joseph contributes to many station specials, including The Flower Show preview special, the 6abc Thanksgiving Day Parade, and the Auto Show preview special, just to mention a few. while dipping into the entertainment world, Joseph enjoys the balance of fulfilling a lifetime passion for weather. When needed, he fills in on ABC’s Good Morning America and in 2009 he was voted Philadelphia’s Best Meteorologist by Philadelphia Magazine and in 2011 he was honored to accept the 40 under 40 award from the Philadelphia Business Journal for professional excellence and community involvement.

Adam is heavily involved with Hospice and the American Cancer Society and is strongly committed to making a difference in the community. When he is not working, he enjoys running, weight lifting, biking, swimming, spending time with family, and just making every day count. In 2001, Adam participated in his first triathlon in Richwood, West Virginia and since then he has completed a total of 13 triathlons. In 2013, Adam completed 7 triathlons, the final being a 70.3 half ironman in Bear Delaware. It was his goal for over 12 years. 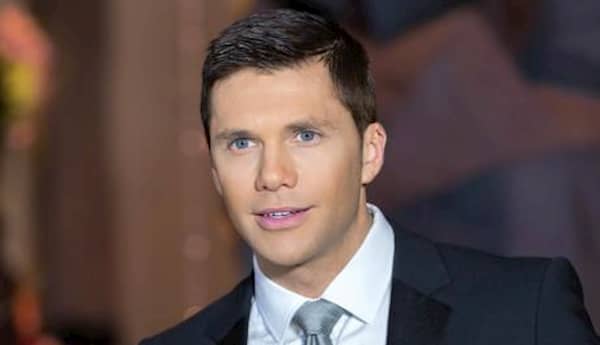 Joseph and his husband named their daughter after his grandmother, Hannah, and Marie after both their mom.

Joseph is married to Karl. He and his husband welcomed a daughter, Hannah Marie on 18 May 2016. Hannah is Joseph’s grandmother’s name, and Marie is both his mom and Karl’s moms’ middle name. The couple also has a son, Jacob.

Joseph has an estimated net worth of between $1 Million-$5 Million which he has earned through his career as a Meteorologist.