Alicia Vitarelli is an American Anchor/Reporter working 6abc since joining the station in October 2010. Just a few of the highlights of her vast and varied work here include traveling to cover the Royal Wedding, the Oscars, the beatification of Pope John Paul II at the Vatican, the CMA Awards, and Dancing with the Stars. She as well interviewed many Hollywood A-listers for her daily segment on Action News at 4 called “The Buzz.” Vitarelli admits to being a little star-struck while interviewing Tom Hanks. She is also the co-host of 6abc’s weekly entertainment program, FYI Philly.

Vitarelli has been thrilled to work so closely with the Action News Big Board, incorporating social media into the newscast in a very special and unique way. Through Twitter and Facebook, Vitarelli has made viewers part of the conversation, and part of the storytelling.

She came to Philadelphia from News 12 New Jersey, where she was the morning and afternoon anchor for two and a half years. Vitarelli also created, hosted, and produced two original franchises including a bargain-hunting series and the Emmy-nominated “Best Kept Secrets of New Jersey”. Before that, Alicia worked for NY1 News and Time Warner Cable in New York City for six years as an anchor and reporter.

When she’s not working, she enjoys international travel, cooking, exploring new finds around town, dining outdoors, spending time with family (especially her five nieces!), and ballet barre classes. She is thrilled to be home in the Philadelphia area to cheer on her Wildcats! 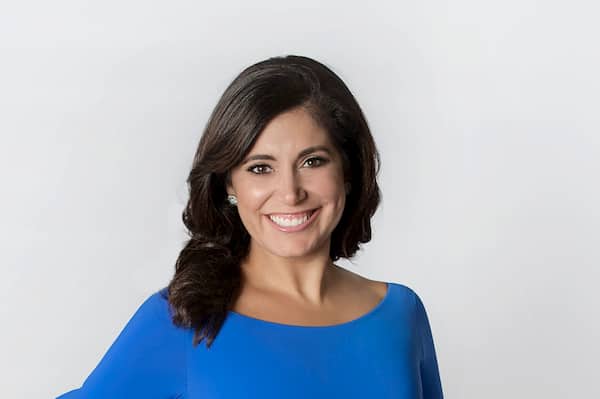 Vitarelli was born to Elizabeth Ann Vitarelli and Albert J. Vitarelli. Her father is Albert recently retired as President of Ford in Manhattan and her mother is Director of Nursing at Abbey Delray, Florida.

Vitarelli is married to Matthew. The couple is blessed with a little girl, Priscila Isabelle, and are proud parents.

Vitarelli has an estimated net worth of between $1 Million-$5 Million which she has earned through her career as an Anchor/Reporter.