Brian Stelter is an American political commentator who is currently the chief media correspondent for CNN and host of the CNN program “Reliable Sources,” which examines the week’s top media stories every Sunday at 11:00 a.m. ET on CNN/U.S. He was previously a media reporter for The New York Times and the editor of TVNewser.

Stelter studied at Damascus High School, graduating in 2003. He then attended Towson University where he served as editor-in-chief of The Towerlight from 2005 to 2007. While still a student, Stelter created TVNewser, a blog about television and cable news which he later sold to Mediabistro and became a part of the Adweek blog network. He graduated from college in May 2007.

Upon graduating, he joined The New York Times as a media reporter in July of that year, aged 22. Stelter covered television and digital media for the Business Day and Arts section of the newspaper. Stelter was also a lead contributor to the “Media Decoder” blog.

In 2013, Brian published The New York Times best-selling book, “Top of the Morning: Inside the Cutthroat World of Morning TV”, which is about the competitive world of morning news shows. Stelter is a consulting producer on Apple’s drama “The Morning Show,” which is inspired by his book. 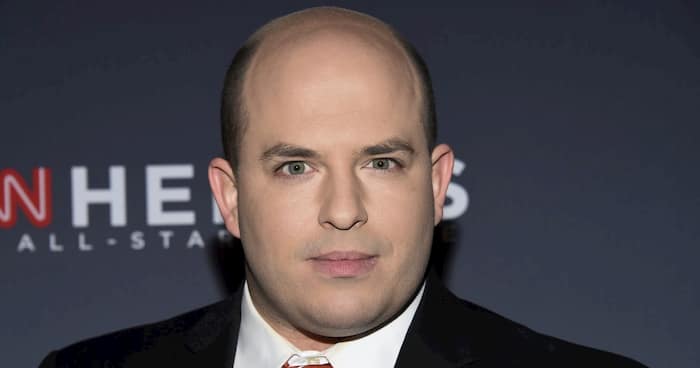 In 2020, Stelter executive produced the HBO Documentary, “After Truth: Disinformation and the Cost of Fake News,” directed by Andrew Rossi. He was also named to Forbes Magazine’s “30 Under 30: Media” for three consecutive years.

Stelter is the son of Donna Stelter and Mark Stelter. He is married and has one daughter.

Stelter is married to Jamie Shupak a traffic anchor for NY1. They tied the knot on February 22, 2014, in a Jewish ceremony. Brian was raised Methodist and is non-religious. He planning to raise their children as Jewish.

He previously dated CNBC anchor Nicole Lapin in 2011. Stelter stated he had to inform his editor of the relationship, and he agreed not to cover CNBC while they were dating.

Stelter is the father of two children. His firstborn daughter was born on May 21, 2017. His other child was born in August 2019. The family lives in the Lincoln Square neighborhood on the Upper West Side of Manhattan.

Stelter has an estimated net worth of $10 million which he has earned through his career as an anchor.

Information about how much Stelter receives is currently under review. However, according to sources salaries of CNN correspondent ranges from $92,982 to $202,795 per year.