Brien McElhatten is an American journalist currently working as the anchor at ABC21 weeknights at 5, 6, and 11. McElhatten joined the team in October 2015.

McElhatten is a Ball State University graduate who also studied at Ohio University. In 2008, he began his career as a reporter at ABC21. McElhatten previously covered consumer and financial issues as a co-host and correspondent for the nationally syndicated newsmagazine “The List.” His job sent him to the International Consumer Electronics Show in Las Vegas, where he assisted customers in sifting through the marketing and gimmicks to find technologies they could utilize. He also contributed Super Bowl-related stories. During his time on “The List,” McElhatten won four Emmys. McElhatten previously worked for ABC 15 in Phoenix, Arizona, where he covered breaking news.

In the hours after former Representative Gabrielle Giffords was shot, he was on the ground reporting from Tucson. McElhatten also oversaw live coverage of Arizona’s largest wildfire, the Wallow Fire. He went to the mountains as part of his environmental reporting, showing viewers how state and federal officials manage one of the world’s most endangered wolf populations. McElhatten also worked as a live reporter for the Scripps television station group in the Southwest during national news stories. He is an Eagle Scout who enjoys spending as much time as possible in the outdoors and traveling.

Brien was born on November 1st, in Ohio, United States of America. He likes to keep his personal life private hence has not yet disclosed the year he was born. He celebrates his birthday on November 1st every year.

McElhatten’s height is not yet disclosed.

McElhatten has managed to keep his personal life away from the limelight hence he has not disclosed any information about his parents. It is also not known if McElhatten has any siblings.

Brien is married to Krista Miller, his ABC 21 co-anchor. On September 28, 2019, the pair married in Decatur, Indiana. Curtis Smith, a former coworker at 21Alive, conducted their wedding. During their wedding in September 2019, Krista worked as an anchor and investigative reporter for ABC affiliate KAKE TV in Wichita, Kansas. She began working for ABC21 in Fort Wayne, Indiana in March 2020 as a co-anchor at 6 p.m. and 11 p.m. On the news desk, Miller collaborates with her husband, ABC21 evening anchor Brien McElhatten. Miller and McElhatten are one of only a few married anchor couples in the United States. 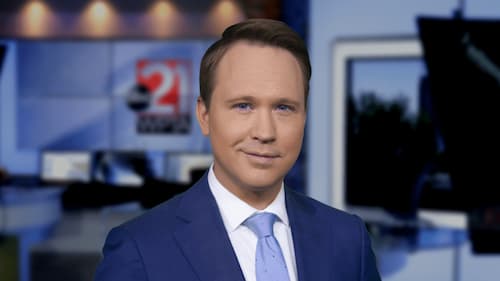 McElhatten has an estimated net worth ranging between $1 Million – $5 Million which he has earned through being a journalist.