Chelly Boutott is an American journalist who serves as a Morning & Noon Anchor and HealthWatch Reporter at WFRV since March 10th, 1997 .

She has been an anchor/reporter at Local 5 News since 1997, and currently anchor Local 5 This Morning with Nate Stewart and Jordan Lamers. She also anchors Local 5 News at Noon and am the HealthWatch reporter. She has been nominated for a Midwest Emmy twice.

She is a graduate of UW-Whitewater. Ironically, her very first internship in TV was here at Local 5. That’s when she discovered a career in journalism could be very exciting. Previously, she was a reporter at WJFW IN Rhinelander and a morning and noon anchor at WSAW in Wausau. She always wanted to come back home to Green Bay so when the opportunity presented itself she jumped at the chance to work for Local 5. She has been here ever since.

She was also a radio personality on several stations in Green Bay for 10 years.

The reason she loves being an anchor/reporter is because it’s a job that can make a difference and it’s different every day. TV news helps inform people of what is going on in the world and right in our own backyards. One of her greatest experiences while working at Channel 5 was going to Belize and living in the rain forest for ten days with some local high school students. It really opened her eyes to what it is like to live in a third world country.

During her off days she usually spends time with her husband, family, and friends. She deer hunt, make maple syrup and can pickles with her father and family. She loves just getting out into the woods and enjoying nature. As you can tell, she is a Wisconsin girl through and through.

Boutott likes to keep her personal life private hence has not yet disclosed the year and month she was born. It is therefore not known when she celebrates her birthday. 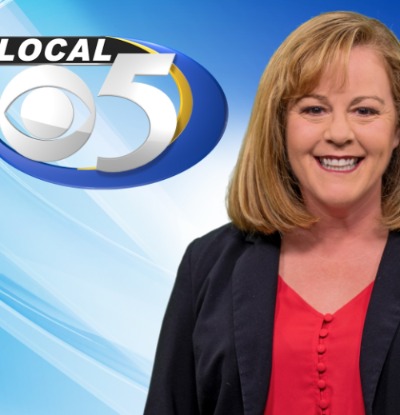 Boutott’s height is not yet disclosed.

Boutott has managed to keep her personal life away from the limelight hence she has not disclosed any information about her parents. It is also not known if Chelly has any siblings.

Boutott is happily married to a guy who also works for a Green Bay favorite- The Packers by the name Mike. The two have two ‘children,’ both of whom we picked up at the Wisconsin Humane Society-Green Bay Campus. Blue was a street dog who came from Kentucky and Mo-Naked-puppy is a hairless Chinese Crested, hence the name. The couple loves to travel and try to go somewhere exciting every year.

Boutott has an estimated net worth of between $1 Million – $5 Million which she has earned through his career as a Journalist.