Chris Cuomo is an American television journalist who is best known for being the presenter of Cuomo Prime Time, a weeknight news analysis show on CNN. He is the younger brother of New York Governor Andrew Cuomo and son of former New York Governor Mario Cuomo.

Previously, he was the ABC News chief law and justice correspondent and the co-anchor for ABC’s 20/20, and prior to his current show, Chris was one of two co-anchors of the weekday edition of New Day, a three-hour morning news show, until May 2018.

Cuomo is a licensed attorney. He studied at The Albany Academy, a private university preparatory day school in Albany, New York. He then went to Yale, where he obtained an undergraduate degree, and Fordham, where he obtained his Juris Doctor (J.D.) in 1995.

Cuomo has worked as a correspondent for Fox News and Fox Broadcast Network’s Fox Files, where he covered a wide range of stories focusing on controversial social issues. Additionally, he worked as a political policy analyst for Fox News.

While at ABC and as co-anchor of 20/20, Cuomo’s coverage included a look at heroin addiction. His many years of coverage revealed the heroin addiction affecting suburban families. Cuomo’s other work has included coverage of bullying, child custody, the Haiti earthquake, and homeless teens. 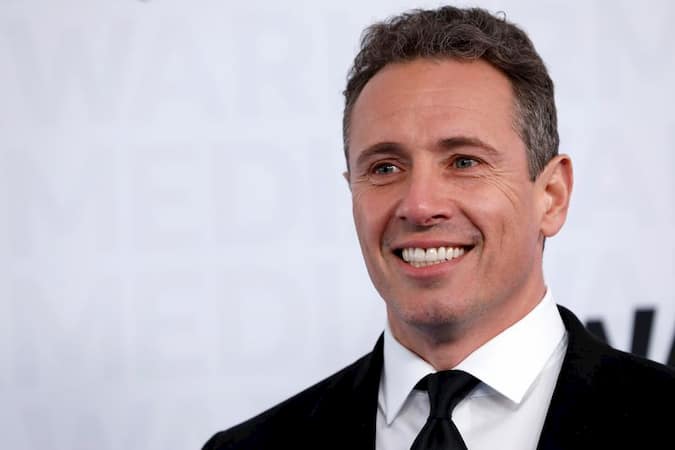 Cuomo worked as the news anchor for Good Morning America from September 2006 to December 2009. Cuomo was the primary reporter on breaking news stories, both in the U.S. and around the world, including dozens of assignments in some 10 countries. He covered the war on terrorism, embedded on multiple occasions in Afghanistan, Pakistan, and Iraq.

In the United States, Cuomo covered shootings such as Fort Hood, Virginia Tech, and the Pennsylvania Amish school shootings, the Sago Mine collapse, Hurricanes Katrina and Rita, and the Minneapolis bridge collapse in August 2007. He anchored morning and evening coverage.

While working at ABC, Cuomo had a website, “Cuomo on the Case,” and also two weekly digital programs: The Real Deal and Focus on Faith. Additionally, he appeared with Father Edward Beck on ABC News Now, the network’s 24-hour digital outlet.

Cuomo joined CNN in February 2013 to co-host its morning show. On February 8, 2013, he made his debut on CNN as field anchor on the episode of Piers Morgan Tonight, covering the February 2013 nor’easter.

In March 2018, while still serving as the co-anchor of CNN’s morning show New Day, it was announced that Chris Cuomo would move to primetime to host Cuomo Prime Time.

In September 2018, Cuomo started hosting a two-hour weekday radio show “Let’s Get After It” on the P.O.T.U.S. channel on SiriusXM.

Chris Cuomo is 50 years old as of 2020. He was born as Christopher Charles Cuomo on August 9, 1970, in New York City, United States. He celebrates his birthday on the 9th of August every year.

Born in the New York City borough of Queens, Cuomo is the son of Mario Cuomo (father) and Matilda Cuomo (mother). His father, Mario Cuomo, is the former Governor of New York. Both his parents were of Italian descent; his paternal grandparents were from Nocera Inferiore and Tramonti in the Campania region of southern Italy, and his maternal grandparents were from Sicily (his grandfather from Messina). He has one brother Andrew Cuomo, and a sister named Margaret Cuomo.

Chris Cuomo’s brother, Andrew Cuomo, is the current Governor of New York. He is a politician, author, and lawyer serving as the 56th governor of New York since 2011. Andrew Cuomo was elected to the same position his father, Mario Cuomo, held for three terms. He has served as Chair of the National Governors Association since August 2020.

Cuomo is married to Cristina Greeven since 2001. His wife is Gotham magazine editor. The couple tied the knot in a Roman Catholic ceremony in Southampton, New York and they currently reside in Manhattan with their three children.

Cuomo is a father of three children, two daughter Bella Cuomo and Carolina Regina Cuomo, and one son Mario Cuomo. His oldest daughter, Bella, is a TikTok user and has shared more than 235 videos and has received millions of likes on her official Tiktok account. His younger daughter, Caroline, is very flexible and very talented. On April 23, 2020, Cuomo’s wife revealed that their youghest son has been diagnosed with Coronavirus.

Cuomo has an estimated net worth of ‎$12 Million which he has earned through his career as a television journalist.

Cuomo is one of the highest-paid anchors on CNN earning $6 million annually for his roles at CNN.

On March 31, Cuomo announced that he had been diagnosed with COVID-19. Since then, Cuomo has broadcast his usual weekday program from his home, where he is quarantined. Later, he said he had a hallucination of his dead father, former New York Governor Mario Cuomo, as a result of symptoms from the disease.

During his career, Chris has received multiple Emmy Award nominations. Cuomo’s Good Morning America profile of the 12-year-old poet Mattie Stepanek was acknowledged
with a News Emmy, making Cuomo one of the youngest correspondents to receive a News Emmy in network news history.

Cuomo has been awarded Polk and Peabody Awards for team coverage. His work has also been recognized with the 2005 Gerald Loeb Award for Television Deadline business reporting for “Money for Nothing?”, the Edward R. Murrow Award for breaking news coverage, and the American Bar Association Silver Gavel Award for investigating juvenile justice.

Tonight #CuomoPrimeTime is back at our normal time – see you at 9pmET! #LetsGetAfterIt