Bob Van Dillen is an American meteorologist currently working on the Morning Express with Robin Meade show on HLN. Based in CNN’s world headquarters in Atlanta, Bob joined the network in September 2002.

Van Dillen attended Randolph High School and graduated in 1991. He earned a bachelor of science degree in meteorology from the Millersville University of Pennsylvania.

Van Dillen began working at CNN’s world headquarters in Atlanta in September 2002. He was awarded the American Meteorological Society (AMS) Seal of Approval in March 1997 and is a full member of the AMS.

Van Dillen is 48 years old as of 2020. He was born Robert S. Van Dillen on October 6, 1972, in Montclair, New Jersey, United States. He celebrates his birthday on the 6th of October every year. 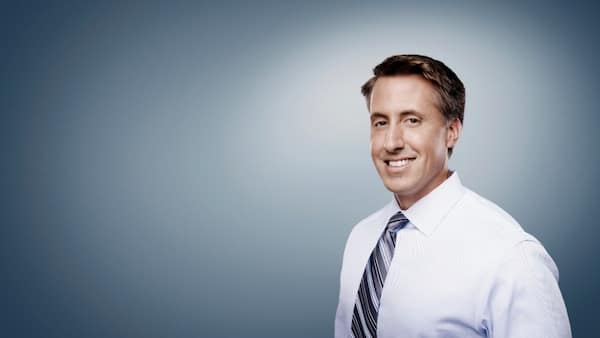 Van Dillen has managed to keep his personal life away from the limelight hence he has not disclosed any information about his parents. It is also not known if Van Dillen has any siblings.

Van Dillen is married to a Clemson girl, Ali Van Dillen, who is a banker. Two met in Atlanta while she was working there in a bank. The couple resides in Georgia with their two children a son, Jack, and a daughter, Sydney.

Van Dillen has an estimated net worth ranging between $1 Million – $5 Million which he has earned through being a Meteorologist.