Dina Bair is an American Emmy award-winning journalist who is currently the anchor for WGN Midday News. She is also the medical reporter for the “Medical Watch” segments on WGN Midday News, WGN Evening News and WGN News at Nine. She received her B.S. in Radio-TV-Film from Northwestern University in Evanston.

She joined the WGN team as a full-time general assignment reporter in September 1994. Bair anchored the WGN Weekend Morning News from December 1994 to December 1999.

In 2013, she traveled to Italy to cover the election of the new Pope where she reported live from Vatican City.

She is the recipient of numerous awards including a Peter Lisagor Award from the Society of Professional Journalists, nine Emmy awards, and multiple Associated Press awards for both anchoring and reporting. She was named a Fellow by the National Press Foundation for the “Cancer Issues” seminar in Washington D.C.

In maybe the most rewarding story of her career, she spent a month reporting inside the Pediatric Intensive Care Unit at Children’s Memorial Hospital. Bair’s news series and documentary, “Intensive Caring,” detailed the cutting edge medical treatments and life and death decisions won awards for its news and documentary coverage. 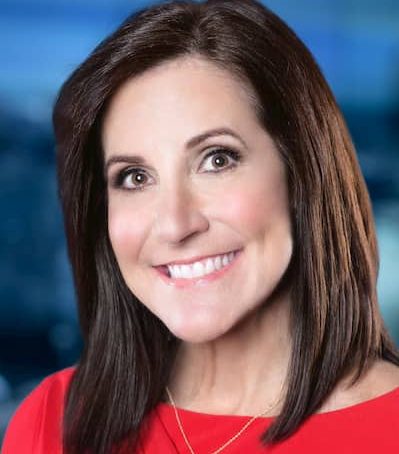 Bair is a founding Board member of the breast cancer charity One in a Million: Dancing With Chicago Celebrities. She leads a media running team devoted to raising funds for charity. Additionally, she is involved with the American Cancer Society, The National Italian American Foundation, LUNGevity, Respiratory Health Association, the Muscular Dystrophy Association, and is an Advisory Board Member for Saleh Freedom, a movement to aid victims of sex trafficking.

Bair is married to John Maher, a broker, and trader at TJM Institutional Services LLC, and the couple is blessed with four children.

Bair has an estimated net worth of $2 million which she has earned through her career as a journalist.

Information about how much Bair receives is currently under review. However, according to payscale.com the salaries of WGN TV anchors range from $47k – $154k.

Bair is a cancer survivor. She was diagnosed with ovarian cancer at age 21 and at age 39 with melanoma on her breast. She underwent surgery and was removed a golf ball–size mass where the melanoma had invaded her breast.