Colthorp earned a journalism degree from Michigan State University. Jason worked at WILX in Lansing for 14 years as an anchor and reporter. His teachers influenced Jason’s work as a journalist. The first was Anne Russell, who assisted Jason in winning the Manatee County Speech Contest when he was in fifth grade. “My Date With Betty Crocker” became a smash here, where the speech was written and delivery suggestions were offered, and Jason gained an early talent for public speaking. A few years later, Judy Krocker’s journalism class at Manatee High School employed the talent for public speaking.

After a year of newscasts for the inaugural “Cane News,” Jason knew exactly what he wanted to do: be an anchor on “SportsCenter.” When he left his job as a sports reporter at WILX in Lansing, he pursued his dream of becoming an anchor on the “TODAY Show.”

Summers and school years were spent in Michigan and Florida, respectively. He graduated from Michigan State University with a journalism degree and is looking forward to living in “the D.” Feel free to approach him with story ideas or to invite him to host your charity event because he’s keen to visit more of the world. Notable Achievements: As a guest host on Live!, I’m filling in for Regis Philbin. In 2009, I appeared on Regis & Kelly.

Jason is the stepson of Cheryl Colthorp and the biological son of Tom Colthorp. His brother Ryan Colthorp is engaged to Casey. 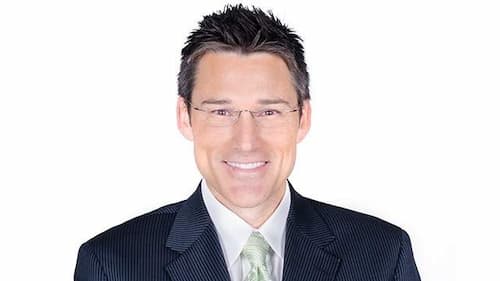 Jason is married to Ida Colthorp, a news anchor and reporter at WILX. He was first married to another woman with whom they had two daughters; his elder daughter was born on 16th July 2000.

Colthorp has an estimated net worth ranging between $1 Million – $5 Million which he has earned through being a journalist.