Jordan Lamers is an American journalist who serves as a Morning Meteorologist at WFRV since August 2015. Jordan’s interest in the weather began at a young age.

He was encouraged as a child growing up in Little Chute to pursue a career in television broadcasting, and his desire only became stronger over time.

Jordan graduated from the University of Wisconsin-Milwaukee with a bachelor’s degree in atmospheric science. He worked as an intern at WTMJ-TV in Milwaukee under Chief Meteorologist John Malan and as a forecaster for a private forecasting company named Innovative Weather before joining WFRV-TV. Jordan got the opportunity to forecast the weather for firms such as WPS, the Lake Express ferry, and the Milwaukee Brewers while in college.

Jordan joined Storm Team 5 as a forecaster in 2015, where he began by working on the weekend shows and doing community updates. He now works for Local 5 This Morning as the Morning Meteorologist. Jordan covered some of Wisconsin’s most significant meteorological occurrences during his time at WFRV, including the historic April Blizzard and the state’s fourth largest tornado outbreak on August 28, 2018.

Jordan enjoys reporting the weather for his neighborhood, broadcasting for his friends and family in the Fox Cities, and having the opportunity to educate local children about the weather during school talks.

Lamers likes to keep his personal life private hence has not yet disclosed the year and month he was born. It is therefore not known when he celebrates his birthday.

Lamers’s height is not yet disclosed. 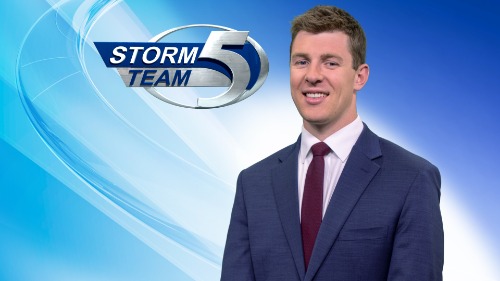 Lamers has managed to keep his personal life away from the limelight hence he has not disclosed any information about his parents. It is also not known if Jordan has any siblings.

Jordan is happily married to Carly a nurse in Kaukauna.They are happy to live and grow their family within such a great community in northeast Wisconsin.

Lamers has an estimated net worth ranging between $1 Million – $5 Million which he has earned through being a journalist.