Luke is a 19-year veteran of Wisconsin weather forecasting and an award-winning broadcast meteorologist. Luke has received the Wisconsin Broadcasters Association’s ‘Best Weathercast’ award, as well as the American Meteorological Society’s Seal of Approval.

Luke has covered some of the most significant weather occurrences in recent Wisconsin history, including tornadoes, record-breaking blizzards, and live coverage of waterspouts erupting on Lake Michigan’s surface. In August of 2013, an outbreak of six tornadoes slammed through the Fox Valley, and his second night on the air at WFRV-TV got violent.

Luke gained extensive experience working in Wisconsin’s smallest to largest newsrooms before to joining WFRV-TV. He was the main meteorologist in Rhinelander before coming to WFRV as a weekend evening meteorologist from WISN in Milwaukee. In the year 2000, Luke began his work behind the scenes at WTMJ.

Luke is overjoyed to be working for a station he grew up watching after three cross-state moves.

Luke enjoys bringing his understanding of the environment into the classroom, and has made several school visits and appearances over the years.

Luke’s love for the weather is only surpassed by his love for his family. Amy, who is a teacher, is Luke’s wife. When Luke isn’t following the ever-changing weather of northeast Wisconsin, he and Amy have three children to keep them occupied.

Sampe likes to keep his personal life private hence has not yet disclosed the year and month he was born. It is therefore not known when he celebrates his birthday. 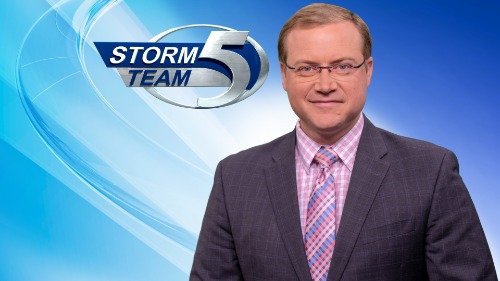 Sampe’s height is not yet disclosed.

Sampe has managed to keep his personal life away from the limelight hence he has not disclosed any information about his parents. It is also not known if Luke has any siblings.

Sampe is very private about his personal life therefore it is not known if he is in any relationship. There are also no rumors of him being in any past relationship with anyone.

Sampe has an estimated net worth ranging between $1 Million – $5 Million which he has earned through being a journalist.