Natasha Curry is an American News anchor and television talk show host. She is the former anchor for HLN’s Weekend Express with Natasha Curry. Curry as well served as a replacement on the same network, when necessary, for Robin Meade on Morning Express with Robin Meade.

Natasha attended Pacific Lutheran University in Tacoma, Washington where she graduated with a bachelor’s degree in biology. She has as well studied at the Sichuan Union University in China and the Walter Cronkite School of Journalism at Arizona State University.

Curry joined the network, then known as CNN’s Headline News, in December 2008. Previously, she was a morning anchor at KOMO-TV and co-host of “Northwest Afternoon” in Seattle.

Curry anchored and produced local newscasts for KYMA-TV in Yuma, Arizona. During her stint with KYMA-TV, Curry had covered a helicopter journey along with the US marines, right down to the bottom of the Grand Canyon to provide aid to the Havasupai tribes. She also served as the station’s health reporter, reported on deadly immigrant border crossings, and was a torchbearer for the 2002 Winter Olympic Games.

After moving to Columbia, South Carolina, she anchored newscasts for WLTX-TV, produced the popular Midlands segment Restaurant Report Card, and covered the passing of Senator Strom Thurmond. Curry also reported on a number of controversial issues, including protests over the Confederate flag being flown on State House grounds.

At KDFW-TV In Dallas, Texas, she anchored and reported for the morning and noon newscasts. Natasha covered the aftermath of Hurricane Katrina and was the first to break the story of a deadly bus fire of evacuees escaping Hurricane Rita. 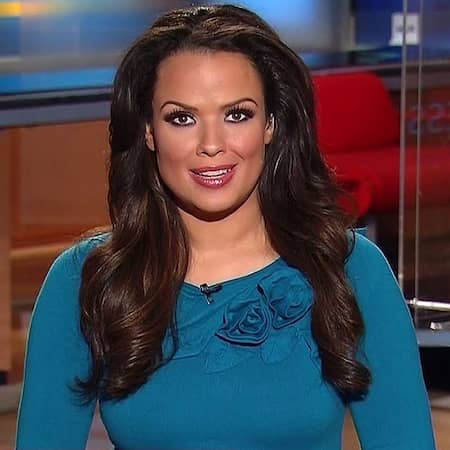 She hosted numerous segments on fitness, fashion, and nutrition and cooked with some of the nation’s top chefs. In 1998, she finished in the Top 10 in the Miss USA 1998 Pageant representing the state of Washington.

Curry is 45 years old as of 2021. She was born Natasha Vantramp in 1976 in Puyallup, Washington, United States. It is however not known when she celebrates her birthday.

Curry stands at a height of 5 feet 6 inches tall.

Curry has managed to keep her personal life away from the limelight hence she has not disclosed any information about her parents. It is also not known if Curry has any siblings.

Curry is married to a firefighter from Seattle and the couple is blessed with two children, a daughter, and a son. The two met during her stint at KOMO-TV.

Curry has an estimated net worth ranging between $1 Million – $5 Million which she has earned through being an anchor.