Santa Barbara is an American award-winning journalist currently working as the weeknight broadcasts anchor and provides investigative reports through his exclusive NewsChannel 3 Investigates Tipline series. He joined the situation in January 2002.

C.J. was the Investigative/Call 12 For Action Reporter at KPNX-TV in Phoenix, Arizona before joining the station, and before that he helped establish the Troubleshooter 5 Unit at KPHO-TV in Phoenix. C.J. also worked as the 47 On Your Side Reporter at Fresno’s KJEO-TV, as well as stations in Lansing, Michigan, and Palm Springs.

C.J. received a Regional Edward R. Murrow Award for Best Investigative Reporting in 2011. He also received a 2010 Emmy nomination for Journalistic Enterprise and the RTNA Golden Mike Award for Best Investigative Reporting (Div.B). C.J. is a four-time Emmy Award winner and a nine-time AP Award winner. He also volunteers his time for a variety of local causes. C.J. received the Mary G. Kendall Award from the Santa Barbara Arthritis Foundation in 2010 for his many years of service. C.J. and the entire news team received Westmont College’s highest honor, the Westmont Medal, in 2018 for “brave, courageous, cutting-edge, and inspiring news reporting” during the Thomas Fire and the Montecito mudslides.

Barbara likes to keep his personal life private hence has not yet disclosed the year and month he was born. It is therefore not known when he celebrates his birthday.

Barbara’s height is not yet disclosed.

Barbara has managed to keep his personal life away from the limelight hence he has not disclosed any information about his parents. It is also not known if Barbara has any siblings.

C.J. is married to co-anchor Beth Farnsworth. The couple has two daughters; Their two beautiful daughters love the beach as much as their parents. 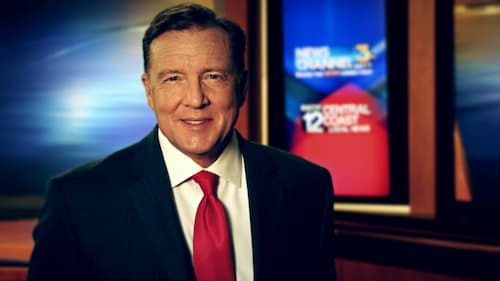 Barbara has an estimated net worth ranging between $1 Million – $5 Million which he has earned through being a journalist.