Joe Buttitta is an American journalist currently working as the co-anchor and is the Executive Producer of “The Morning News” from 5-7 a.m. on NewsChannel 3-12. He also anchors and produces “NewsChannel 3 Midday.”

From the Thomas Fire and the Montecito Mudslides to the Rose Bowl and the Dodgers’ World Series runs, he’s covered it all. Every weekday morning, we share what’s going on in town with viewers from Santa Barbara, Ventura, and San Luis Obispo Counties. Joe was a part of NewsChannel 3’s Emmy-winning coverage of the Thomas Fire in 2017. He was also nominated for an individual award for his reporting. Joe has received three Golden Mike Awards over the years, one for his work on the Thomas Fire and two for his work as a sports anchor.

He spent four years at KABC-TV in Los Angeles before coming here. He worked as an assignment editor, web producer, and apprentice at Eyewitness News. Learning the ins and outs of the newsroom from the inside. In 2011, he earned a B.A. in Journalism from Cal State Northridge. Joe may also be known from the CBS reality show “The Amazing Race,” which he won in 2015 with his wife, Chief Meteorologist Anchor Kelsey Gerckens. They traveled through ten countries and over 34,000 miles in 21 days to win the race and the $1 million prize.

Joe likes to keep his personal life private hence has not yet disclosed the year and month he was born. It is therefore not known when he celebrates his birthday.

Buttitta’s height is not yet disclosed.

Buttitta has managed to keep his personal life away from the limelight hence he has not disclosed any information about his parents. It is also not known if Buttitta has any siblings.

Joe has been married to Kelsey Gerckens, who is also a News reporter at KEYT-TV. The couple has a daughter Everett Gerckens Buttitta, who was born in August 2019. 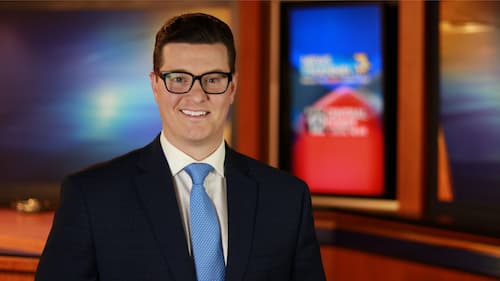 Buttitta has an estimated net worth ranging between $1 Million – $5 Million which he has earned through being a journalist.