Sara Donchey is an American Anchor/reporter currently working at CBS2 and KCAL9. Donchey attended Diamond Bar High School and went on to follow a degree in Print and Online Journalism from San Francisco State University. While at the University, she contributed to the student-run publication, Golden Gate Xpress. She worked as both the Online Managing Editor and the Editorial Cartoonist for the paper, as well as penning news and sports reports.

After college, she worked as a production assistant for KPIX 5, the CBS owned-and-operated station in San Francisco. She later migrated to South Texas to labor as a multimedia journalist for KZTV and KRIS-TV, a duoply station in Corpus Christi. She covered for the evening newscasts and reported the station’s weekend evening shows. Sara relocated to Houston to serve as a reporter and an anchor for KPRC-TV in 2015, Sara later anchored the stations 11 am and 4 pm broadcasts.

During Sara’s time at KPRC,  she traveled to the country to report two Super Bowls, the 2016 Dallas Police shooting, and the San Bernardino terror attack. Additionally, Sara reported wall-to-wall breaking stories coverage during Hurricane Harvey, went with MLB star Carlos Correa’s to his hometown in Puerto Rico, and traveled to Mexico to cover the NFL. 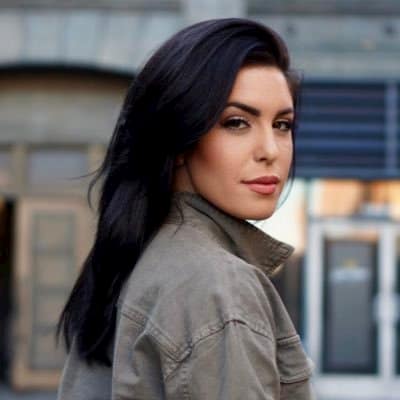 Donchey was born in Los Angles and grew up in Diamond Bar, California with her parents and sisters. She has however not disclosed the name of her parents or sisters.

She was born in Los Angeles and raised in Diamond Bar, California, and is proud to call Southern California home.

Donchey is a married woman and the couple is blessed with a son. She resides in Los Angeles with her family.

Information about how much Donchey receives is currently under review and will be updated as soon as the information is available.