Shannon Cogan is an American Emmy award-winning anchor and reporter currently working at WAVE 3 News  Louisville, Kentucky. Cogan joined the WAVE 3News team in June 2013 where she anchors 3, 5, 6, and 11 p.m. She is a proud graduate of Indiana University.

Prior to joining WAVE 3 News, she was working as the primary anchor for WFOR/CBS 4 in Miami.  Cogan again anchored for KTVT/CBS 11 in Dallas, on the morning show. While there, she came up with stories of the show hosted by Troy Aikman and Babe Laufenberg about the former Dallas Cowboys players.

Cogan reported the 2000 presidential election and the Columbia space shuttle disaster while working at WESH-TV, the NBC affiliate in Orlando, Florida.

From 1994 to 1998, she was working at WTWO-TV, the NBC affiliate in Terre Haute, Indiana, and also worked as a morning anchor at WLKY-TV in Louisville.

Cogan worked on the board of Heuser Hearing & Language Academy. She is a proud graduate of the school of deaf and hard-of-hearing children from birth to kindergarten. She also worked for the board of Dolly Parton’s Imagination Library of Louisville, which WAVE 3 News was instrumental in bringing to the Louisville area. This program gets free books in the hands of kids from birth through the age of five, every single month.

She takes part in events for the American Heart Association, the Speed Museum, and Norton Children’s Hospital During her free time, you will find her enjoying one of Louisville’s many wonderful parks with her black lab named Maddy Ann, husband, and children. Canine Companions for Independence trained Cogan to be a companion dog. 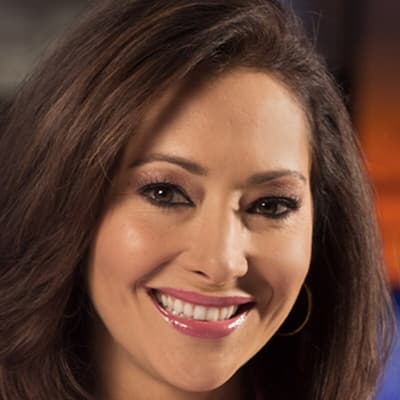 Cogan works at WAVE 3 where she works alongside other famous WAVE 3 anchors, reporters, meteorologists, and sports anchors including;

Cogan was born in Roselle, Illinois on 21 st May. She celebrates her birthday on 21st May every year. She likes to keep her personal life private hence has not yet disclosed the year she was born.

Cogan was born and raised in Roselle, Illinois by her Swedish mother and an American father. She has managed to keep her personal life away from the limelight hence she has not disclosed any information about her parents. It is also not known if she has any siblings.

Cogan is married to her caring and a loving husband named Kendall Cogan. The couple tied the knot in 1994 when she was working in Louisville. They are happy to be called father and mother to twin boys Colt and Cade who keep them very busy. Sorrowfully, Colt has a rare congenital heart defect with which he was born. Cogan raises her twin boys in the area with many family members and friends. The family is very active in raising awareness and funds for organizations that assist children’s health

Cogan has an estimated net worth ranging between $1 Million – $5 Million which she has earned through being an anchor and reporter.

The table below answers some of the frequently asked questions about Cogan.