Julie Phillips is an American Meteorologist currently working for WFLA in Tampa, FL. since joining the station in June of 2013 as the weekend evening meteorologist. You can catch him Monday through Friday at 4 pm on Channel 8 and at 8 pm on Great 38.

Before joining Storm Team 8 in Tampa, she worked for KTXS in Abilene, Texas for 3 years. The wild weather and quickly changing in West Texas was an excellent experience for covering severe storms. Phillips will never forget the Easter Sunday where Softball size hail devastated the city and we were on-air for 8 hours straight. When she wasn’t worried about severe weather there Phillips was able to study and earn the Certified Broadcast Meteorologist (CBM) Designation.

She attended the University of Miami in Coral Gables, Fla., where she majored in both Meteorology and Broadcast Journalism. She is now excited that she now gets to track more tropical weather during Hurricane Season after studying weather in Miami.

Phillips owns two English Bulldogs Annie and Lolli at home and has fallen in love with the breed! She helped to run the Florida English Bulldog Rescue group here in Tampa, which in itself can be a full-time job! She was a Tridelt in college and since then has been a passionate supporter of St. Jude Children’s Research Hospital and has helped to organize some of their events here in the Tampa Bay area. She is also a member of the American Meteorological Society.

Phillips is a HUGE college football fan and can be caught cheering on her CANES all season long. 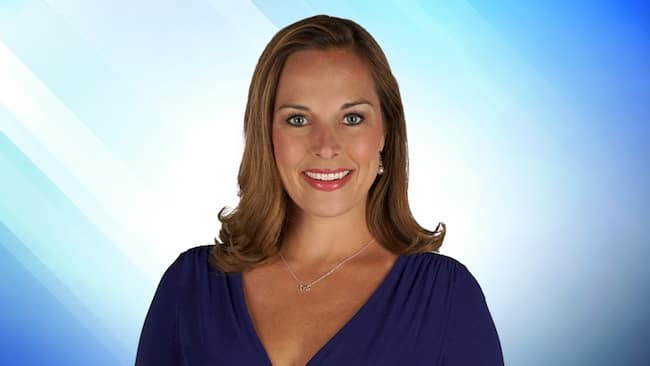 Phillips likes to keep her personal life private hence has not yet disclosed the year and month she was born. It is therefore not known when she celebrates her birthday.

Phillips’ height is not yet disclosed.

Julie’s father grew up in Seminole though so she remembers spending many summer vacations as a kid at Treasure Island and Clearwater Beach. In fact, her father is now retired and back living in Treasure Island! Her grandmother Dottie and Aunt Jamie still reside in Seminole as well, so she is thrilled to be closer to all of them and of course the beach!

Phillips who is a Chicagoland native is married to Russell Lawrence of Zacharias Lawrence CPA Group and the couple lives in South Tampa. After living in Tampa with her fiancee Russ for a while, they are also becoming quite fond of cheering on and attending the BUCS too!

Phillips has an estimated net worth of between $1 Million – $5 Million which she has earned through her career as a Meteorologist.